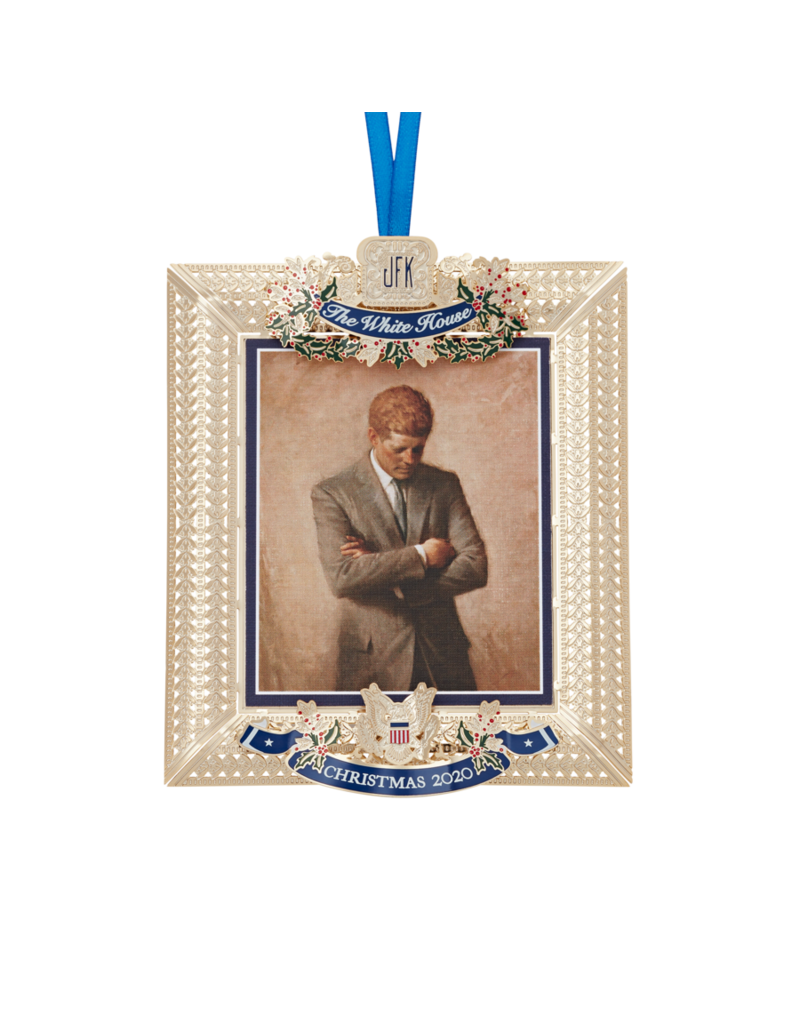 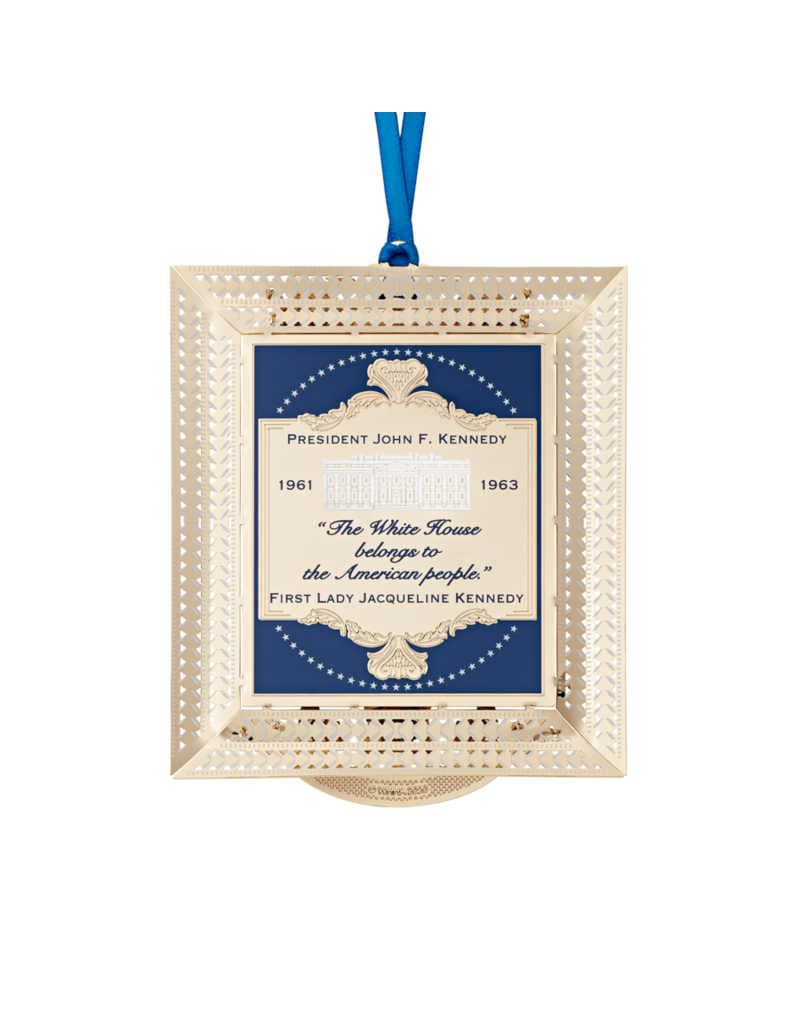 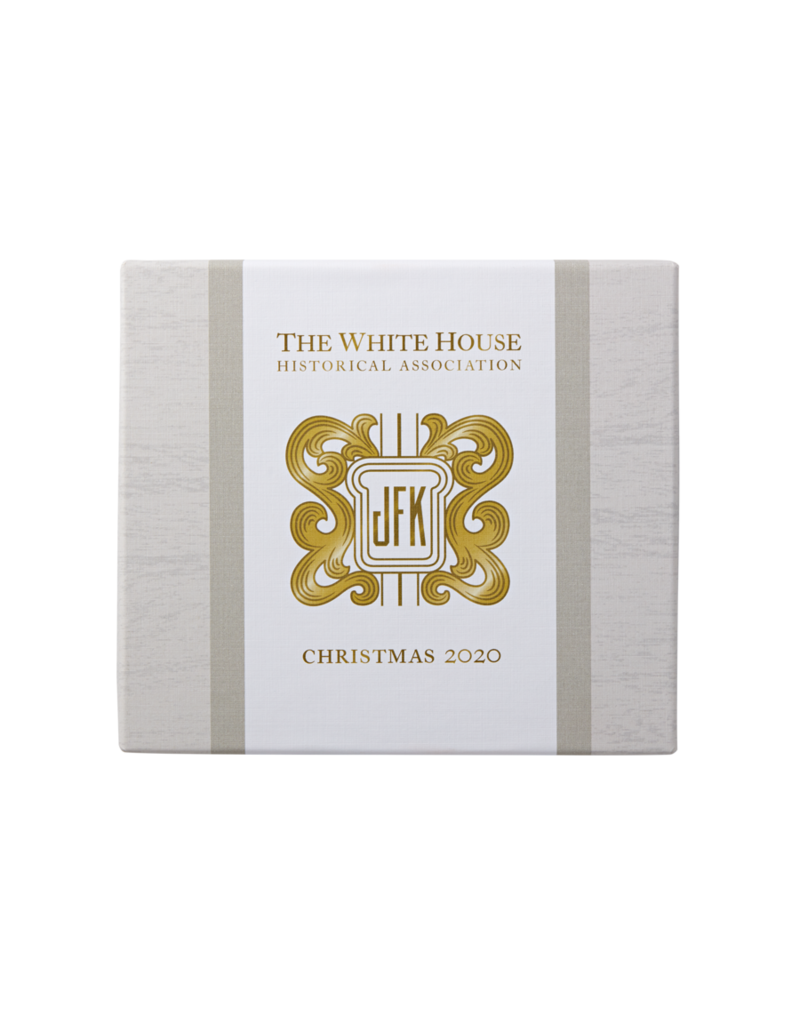 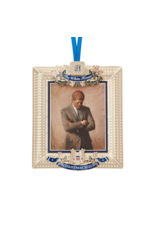 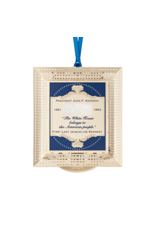 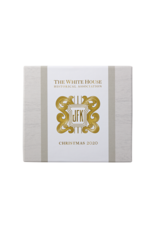 Chosen for the image on the ornament is a replica of JFK's official portrait, by Aaron Shikler, that hangs in the White House today. Mrs. Kennedy requested a unique pose for the late president. Shikler chose to portray a man in deep thought with his arms folded across his chest rather than a frontal expression of his face.

The artwork is enhanced with a wide gold frame, adorned with JFK's initials and an American eagle. On the back of the ornament are the words, "President John F. Kennedy 1961-1963" and a quote by First Lady Jacqueline Kennedy, " The White House belongs to the American People."